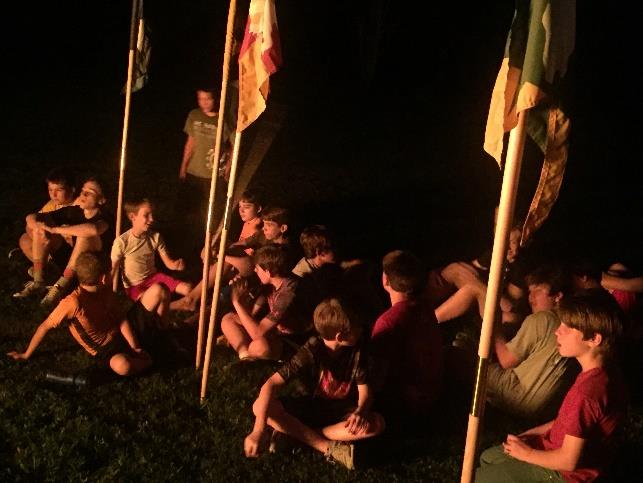 The nearly two-decade long tradition of conquest summer camps at Camp Bocamb, Louisiana took on a new, challenging aspect this year. The boys participating were not divided into the traditional teams; they were inducted into their corresponding medieval “houses;” the older boys in charge were not counselors, but “proctors;” and we didn’t even call it a camp: we called it “Knighthood Academy”.

This year, upon arrival, the campers had dinner together, then prepared for the initial activity called the “scrutinies”: a series of physical challenges and trivia questions meant to evaluate the leadership qualities, quick thinking and resolve of each participant by which he will be chosen for his “house,” which also has its own traits. 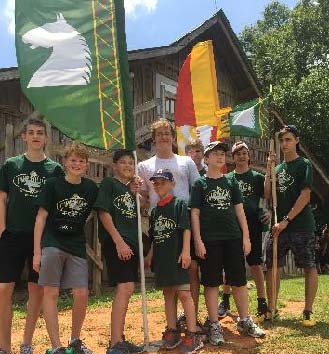 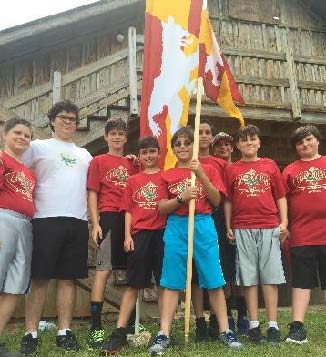 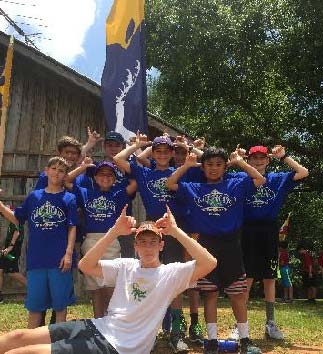 From that time onward, they have the title of squire, aspiring to that of knight, which hopefully comes on the last day; they receive the jersey color corresponding to the house they’ve been invited into. And so the fun began, every house -squires and their proctor- vying not only for first place in sports, but recognition by the Lord Chancellor (aka, camp director) for their practice of the chivalric virtues of perseverance, leadership and service.

Between June 6 and 21, a total of 65 boys participated in the two Knighthood Academies, with many new faces among them. On June 8th, Archbishop Gregory Aymond of New Orleans came to celebrate Mass for all of us, encouraging us in our following of Christ, and joined the boys for lunch afterward. 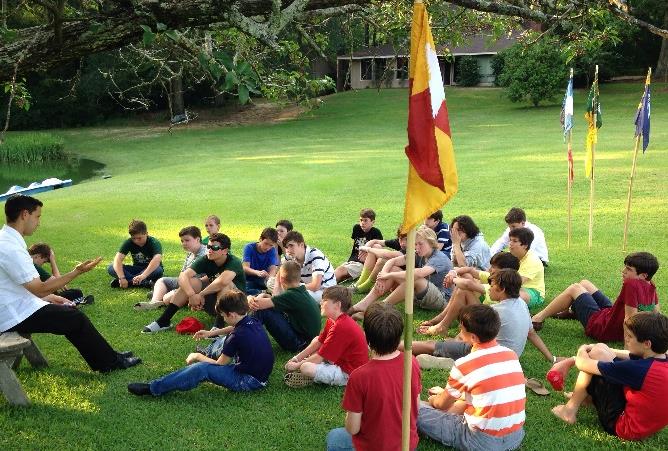 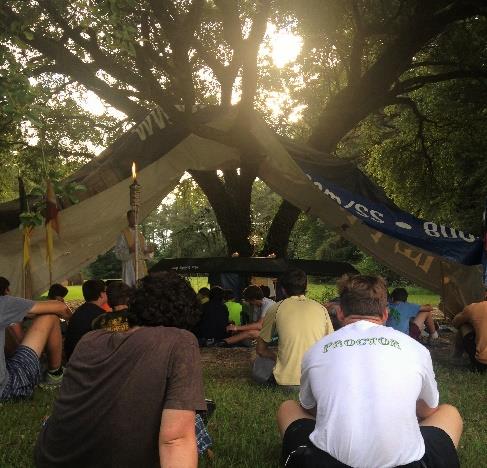 The squires learned the whole gamut of virtues expected of Christian knighthood: fortitude and valor for sure, but even more importantly, having Christ as their King and close friend, who not only commands, but strengthens and accompanies us. That was the experience given to the boys through the virtue talks, participation in the sacraments, personal contact with Jesus in a Eucharistic procession, outdoor adoration, and nearness to his Mother through the rosary.

Suffice it to say, many of the campers said it was one of the most memorable camps they’d ever experienced. You’re invited next year!