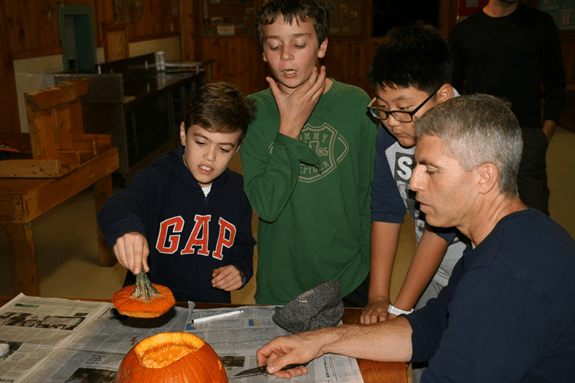 Just before Halloween, I had the opportunity to help out with the Father & Son weekend camp themed “Saints vs Zombies”, and without a doubt it was an unforgettable experience in which I received incredible human, intellectual, apostolic, and spiritual formation. From every camper, dad, Legionary, and fellow counselor I learned something new. Every one of them planted in me a little mustard seed that little by little was growing into a giant bush. During the camp we had many fun activities such as flag football, air soft wars, a scavenger hunt, mafia, Olympics, and many other games. Not only the campers, but also the dads and even the Legionaries greatly enjoyed the atmosphere of fun and spirituality. I felt that each person at the weekend was like part of my family, because we all had something in common: we were giving ourselves to Christ. We all were having a great time, but at the same time we were working for Christ. Throughout the weekend we all had the opportunity to participate in various spiritual activities like adoration of the Blessed Sacrament, confession, gospel reflections, and personal prayer. The counselors had an Encounter with Christ, in which we deepened in our spiritual formation, and the dads had a few discussions led by Fr. Pierre.

The campers had a great time. They formed habits that would help them remain close to Christ. Through the different activities they learned how to work together as a team. Every camper, notwithstanding his age, had a great experience and enjoyed himself in every moment of the camp. We counselors managed to spend ourselves for the sake of giving the others the best weekend possible. The dads participated in the activities with their sons and they gave us their precious time in order to help with the camp. Finally, the Legionaries did a great job organizing the activities, the talks, the adoration, and the Masses. We emphasized the name of the camp, Saints vs Zombies: Our goal in life is to become saints, and we have to fight against the zombies in our lives, which are temptation and sin. The zombies are trying to keep us from our goal, but united to Christ and serving those around us, we will be able to defeat the zombies and reject sin. 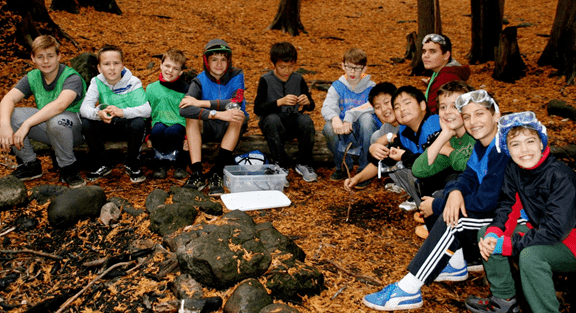 I would like to thank the twelve campers who with their enthusiasm helped us to create the good atmosphere of the camp. I also need to thank the three dads, from whom I learned so much about what it means to give oneself to Christ. They all shared with us part of their story and gave a little reflection about our faith. I also want to thank the three Legionaries who gave themselves completely to each person at the camp and made sure that each one had the best weekend of their lives. Finally, I want to thank the three other counselors. Each one taught me by his example the charism which we live as faithful members of Regnum Christi and which we pass on to every member of ECYD.