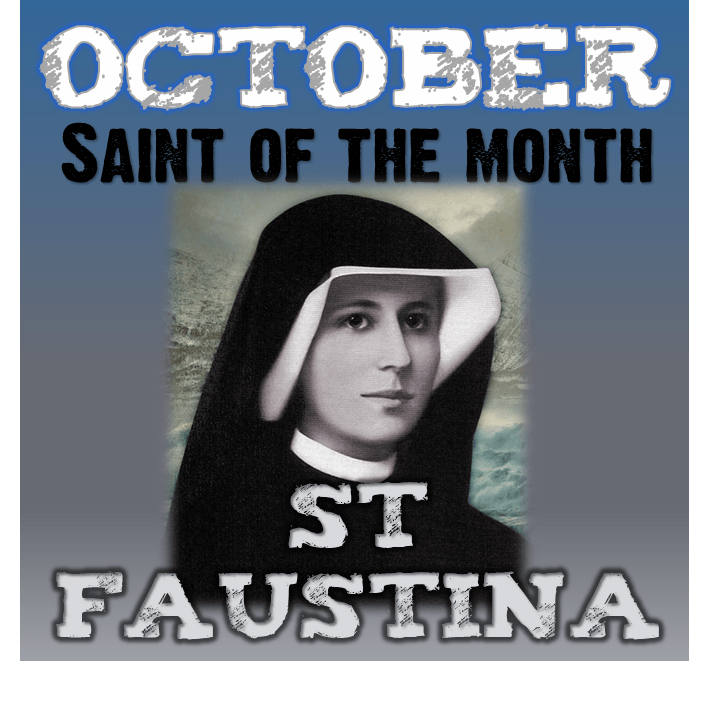 Sister Faustina was born in Poland in 1905 and her parents named her Helenka. She grew up in a big family. They were poor and could not afford much education. She would go to adoration of the Blessed Sacrament often and during one of those moments she felt the calling to be a nun. She entered the convent of the Sisters of Mercy when she was 20 years old and took the religious name Faustina and was then known as Sister Faustina. Her duties were simple – cooking and cleaning. From the beginning of her religious life, she had many religious experiences and visions of Christ. She underwent many spiritual trials and sometimes darkness, she fought through many temptations, and she had many moments when she could hear Christ speaking to her. Once, Jesus appeared to her in a white garment with red and white rays coming out of his heart and said the following to her: “Paint an image according to the pattern you see, with the signature: ‘Jesus, I Trust in You’. I desire that this image be venerated, first in your chapel, and throughout the whole world.” Finding someone to paint the image took some time and finally the artist was chosen and he painted under the guidance of Sister Faustina. Finally, after several failed attempts at painting the image, Jesus told her the painting “was good enough”. The painting was completed in June 1934. She wrote about praying the Divine Mercy Chaplet and brochures were made about praying to this image of Christ. The last two years of her life, she came down with tuberculosis and was bed ridden most of the time, writing and receiving visions from Christ. He died when she was 33 in Krakow. She was declared a saint on April 30th, 2000. Now, this famous Divine Mercy picture of Christ and the Chaplet of Divine Mercy is said by millions. The first Sunday after Easter is Divine Mercy Sunday.