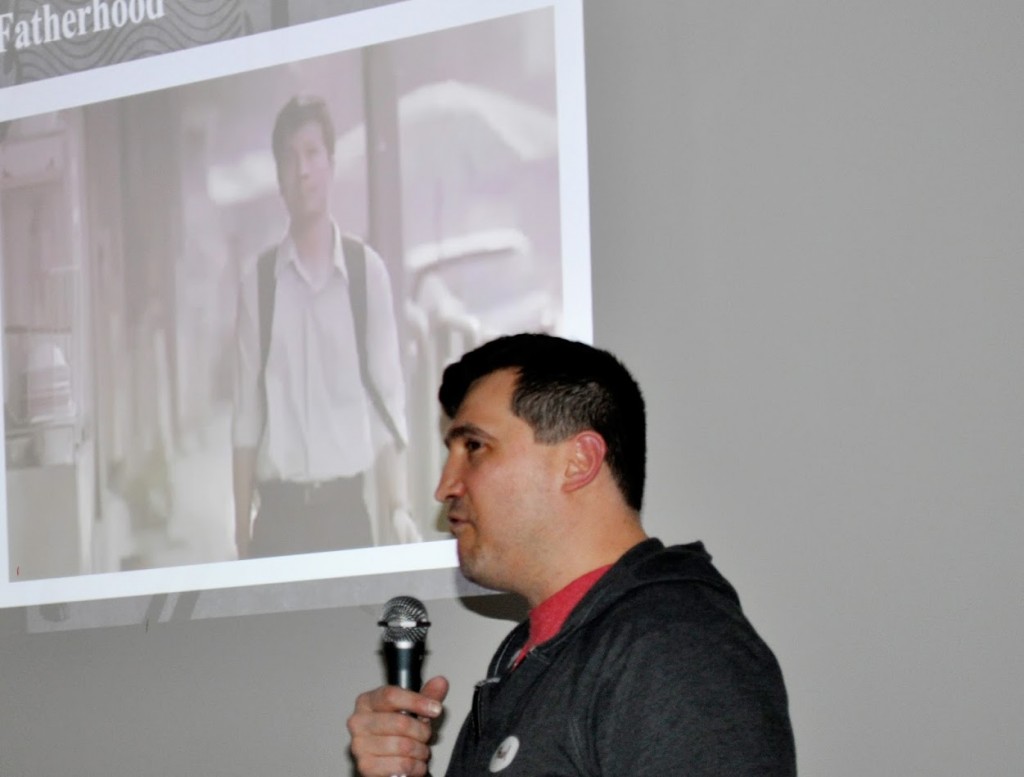 Conquest Holy Rosary in Milton, Ontario held their annual DadsQuest event on a Saturday evening at the parish.  The event was organized by Pedro Gutierrez, and involved all dads of the boys in the program coming together for a great night of fun and formation under the common theme of fatherhood.  The evening began with a fun ice breaker activity/competition for everyone to get to know one another more personally.  Awards were given to the winners. (Yes, even dads crave and love competition, sometimes more than the boys!) The Conquest leader, Paul Medeiros, then led a talk and showed several videos on fatherhood.  Some special guests that evening included the parish pastor, Fr. Peter Meyer, the regional Conquest / ECyD support team of Fr. Thomas Murphy and Br. Luke Gill, and Todd Brechbill, the National Director of Conquest.

Drinks were served by the Grand Knight, Stan Smith, from the Knights of Columbus. Todd Brechbill then gave a talk on authentic masculinity during dinner.  Afterwards, the real fun began with a couple of tables setup for casino night style games that were played for fun and laughs.  Finally, door prizes were awarded at the end of the evening by a drawing.  Overall, it was an incredible night of fun, making new friends and sharing the beautiful gift from God common to all, fatherhood. The DadQuest event is a great idea for any Conquest group to host, and it could work anytime of the year to bring dads together, forming a Conquest band of brothers.